Brad Spears is the President of RSI Services, LLC, an accomplished environmental firm specializing in sustainable restoration, development, and long-term stewardship of the land.

With nearly 300 employees and counting at RSI Services and parent company RSI EnTech, Spears has his hands full providing environmental cleanup services to the U.S. Department of Energy and other large agencies and utilities. When he is not working; however, he spends his free time enjoying some of the Secret City’s best mountain bike trails.

Spears is a former elite level road and mountain bike racer, having won several state championship titles and national championship medals throughout his career. While he is now married with a son and has a hectic work schedule, mountain biking is still a passion for Spears. It’s a way to relax and get outside and enjoy the trails.

His devotion to the sport has never wavered, which led him to co-found and lead the Clinch Valley Trail Alliance (CVTA). In just a few years, CVTA has grown to almost 100 members. Their dedication, fundraising, and collaboration efforts have resulted in several initiatives and projects aimed at strengthening and preserving multi-use trails within the City of Oak Ridge and the greater Roane and Anderson County regions of East Tennessee.

One of the most notable accomplishments being the creation and development of Oak Ridge’s own kid’s pump track, affectionately known as The Dirt Lab, which references Oak Ridge National Laboratory.

But where are some of the best places in Oak Ridge to go off-roading on your mountain bike? Spears filled us in.

Why is Oak Ridge such a great place to mountain bike?

The neat thing about Oak Ridge is there are a number of places to ride your mountain bike, and they’re all very different.

Want something a little more difficult? Go to Haw Ridge where there’s plenty of challenges for everyone. You can get into the technical stuff out there, as it’s very rocky and rooty. Of course, you have the Dirt Lab. Kids of all ages can enjoy a feature or two at the Dirt Lab.

Say you’re very advanced, then go to the Windrock downhill course, which is THE premier mountain biking downhill racing course in the nation. They have people coming over from other countries to ride it. Windrock also has cross country trails that are very challenging physically and for mountain biking only.

You could go to other trail destination towns, but their trails just don’t seem to offer the diversity that Oak Ridge can offer in a very small geographic footprint. 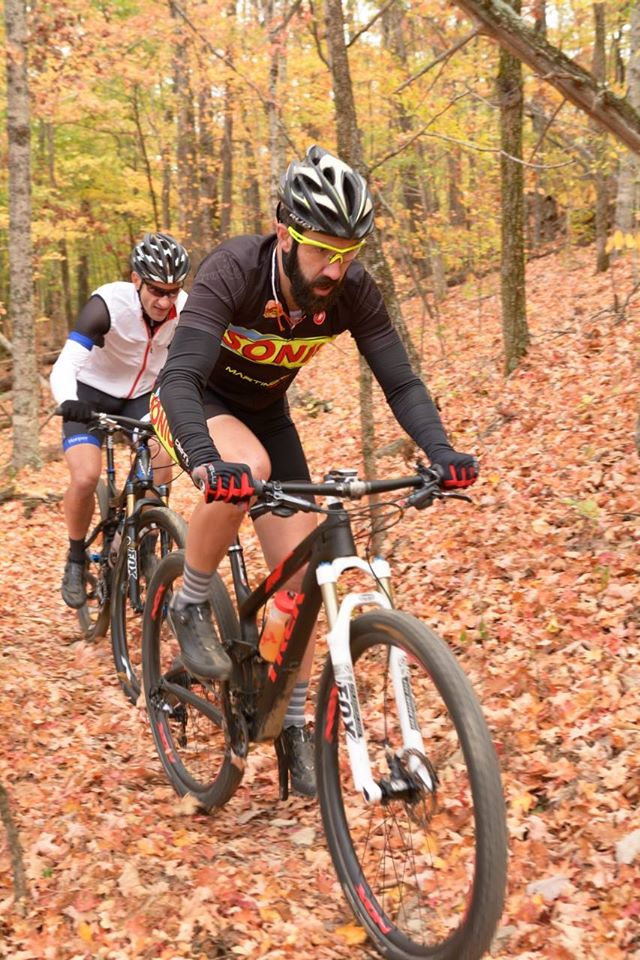 The fall is a great time to mountain bike at Haw Ridge Park.

Where are some of your other favorite places to go to in Oak Ridge?

I like to trail run and hike also, and one of my other favorite places to visit is the North Ridge Trail in Oak Ridge. To me, it’s just as close as you can get to a trail further up in the mountains. I wouldn’t be mountain biking there though.

The ridgeline views are pretty spectacular, and there are interesting rock features that catch your eye. It’s a great place for kids to climb up and around, and there are some steep sections to hike up that are always a challenge.

Again while it’s not a mountain biking destination, because you’re not supposed to ride your mountain bike on it, it’s still a beautiful trail worth visiting. 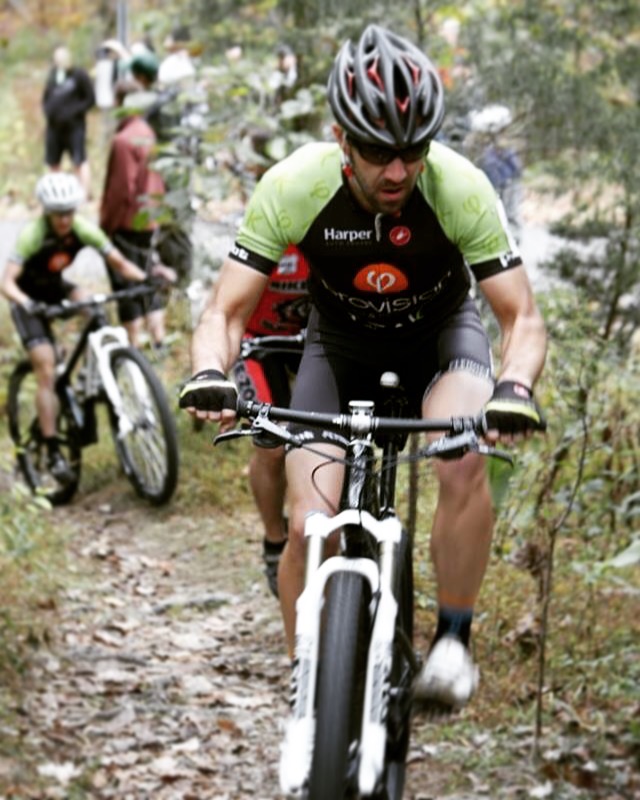 Brad mountain biking in Haw Ridge Park during the annual Hill of Truth Mountain Bike Race held in Haw Ridge each year for the last 20 years.

Any Oak Ridge restaurants you’d recommend to our visitors?

Definitely the burgers at The Other One Diner. All their burgers are great. For breakfast, I like their grits with some cheese on them, and their omelets are pretty good, too.

Everybody should go to Big Ed’s for pizza and a cold beer. After a day on the trail, that’s certainly a great destination.

We’ve got some really great Mexican restaurants, too. To be honest with you, it’s kind of an Oak Ridge debate because everybody has got their favorite. I’ve been visiting El Jiente a lot lately. Love their fajitas. 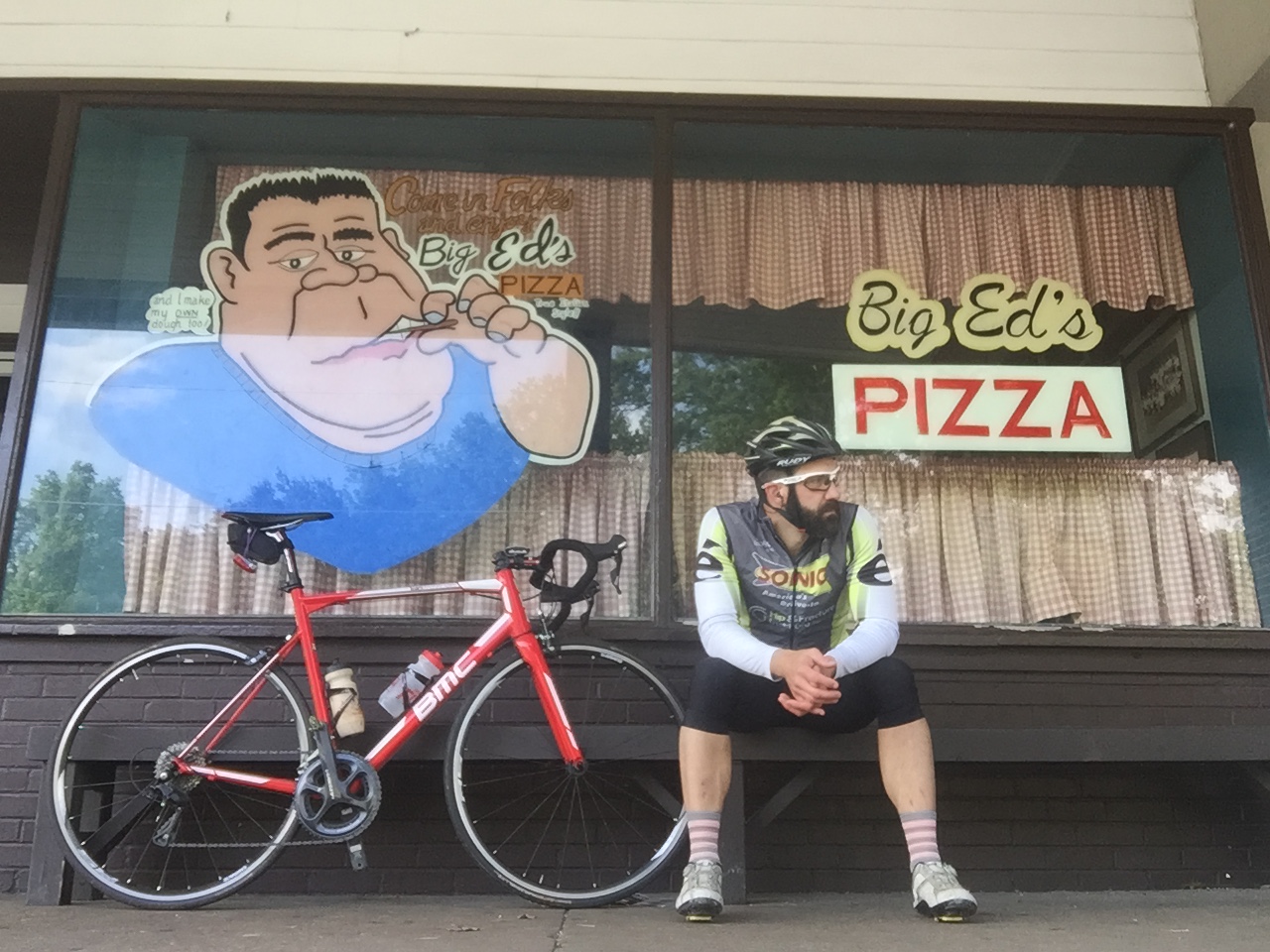