John Hendrix is one of the most indelible characters in the history of Oak Ridge, TN. Considered a “mystic” by his neighbors in rural Anderson County, Hendrix had a number of visions in the early 1900s that were seemingly proven to be accurate by future events. Hendrix is most famous for allegedly predicting the establishment of Oak Ridge and the Y-12 plant more than 40 years before they existed. Read on to learn all about the fascinating life of the “Prophet of Oak Ridge.”

John Hendrix was born on November 9, 1865 in Anderson County, TN. In his early 20s, Hendrix married Julia Ann Griffith of nearby Morgan County, with whom he had four children. The Hendrix family lived on a hill that is located above the present day site of the Bull Run Fossil Plant in Claxton, TN.

Tragedy struck the Hendrix clan when John’s two-year-old daughter Ethel died of diphtheria, a serious infection of the nose and throat. Julia Ann’s grief over the loss of her youngest daughter turned to anger at John, whom she blamed for Ethel’s death. John had spanked Ethel before she became sick, and Julia believed that this punishment had somehow caused her illness. Around the turn of the century, Julia Ann left John and took the three remaining Hendrix children to Arkansas, where she later remarried.

Visions of the Future 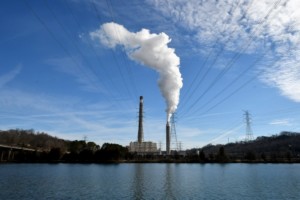 After the loss of his daughter and the heartbreaking departure of his family, John Hendrix was drawn to religion and mysticism. Hendrix retreated to the woods for 40 days and nights to sleep on the ground and pray, believing that this act of faith would bring him divine revelations.

John Hendrix began to have visions that he shared with the community, but his powers were not appreciated by his neighbors. The local authorities assumed that Hendrix was insane and imprisoned him at the county farm, also known as the “poor house.” However, Hendrix escaped and declared that God would burn the farm down within a month. As Hendrix predicted, the building caught fire after being struck by lightning. While some people were afraid that Hendrix was a witch, most community members were dismissive of his visions during his lifetime. 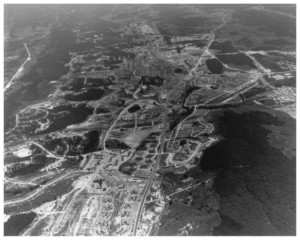 John Hendrix’s most startling vision predicted monumental changes to his hometown. As described in The Oak Ridge Story by George O. Robinson, Hendrix made the following prophecy to an audience at the crossroads general store:

“I tell you, Bear Creek Valley someday will be filled with great buildings and factories, and they will help toward winning the greatest war that ever will be. And there will be a city on Black Oak Ridge and the center of authority will be on a spot middle-way between Sevier Tadlock’s farm and Joe Pyatt’s Place. A railroad spur will branch off the main L&N line, run down toward Robertsville and then branch off and turn toward Scarborough…Big engines will dig big ditches, and thousands of people will be running to and fro. They will be building things, and there will be great noise and confusion and the earth will shake…I’ve seen it. It’s coming.”

If this account is to be believed, Hendrix seemingly foresaw the establishment of Oak Ridge and its pivotal role in helping the Allies win World War II by developing the atomic bomb. Hendrix’s specific predictions about the locations of the “center of authority” and certain railway lines were also proven accurate.

John Hendrix married his second wife, Martha Jane Gregory, in 1908, and a year later, she gave birth to a son. Sadly, Hendrix contracted tuberculosis, which may have been related to the nights he spent sleeping on the freezing cold ground. Hendrix’s step-daughter and her husband took care of him as his condition worsened, and he ultimately passed away on June 2, 1915 at the age of 49.

Today, visitors to the Secret City can learn about the Prophet of Oak Ridge at the John Hendrix Memorial Prayer Walk. This easy half-mile nature trail tells the story of John Hendrix in a beautiful outdoor setting. For more information about Oak Ridge’s interesting past, visit our History page!

This article draws on the research of Oak Ridge historian D. Ray Smith.