The K-25 History Center was unveiled to the public on Thursday, February 27 after a grand opening ceremony and ribbon cutting.

This new facility is adjacent to the original building’s foundation in Oak Ridge, and it was created to honor the amazing stories of the men and women who helped construct and operate the K-25 uranium enrichment complex that altered the global landscape during World War II and The Cold War.

The K-25 History Center is a 7,500 square foot space offering visitors more than 250 original artifacts on display. Nearly 1,000 oral histories from former employees were recorded over a span of ten years to develop the numerous interactive galleries that showcase the historical impact and legacy of K-25.

“This new facility is a great asset and attraction for our community,” said Mayor Gooch. “The K-25 History Center presents a unique and powerful story that people from across the country will want to visit Oak Ridge, in order to see and feel history.”

Once inside visitors will experience history and scientific innovation first-hand, from interacting with virtual tours of K-25’s four floors, to mastering the science of nuclear chain reactions, to uncovering secrets behind the numerous artifacts on display. The K-25 History Center also hosts a Digital Memory Zone, giving former K-25 workers, their families and others the opportunity to leave their memories and oral histories of Oak Ridge.

The K-25 History Center will be integrated into DOE’s guided Public Bus Tours, which will resume this upcoming March.

In 1945, Building K-25 served as the largest structure in the world with a 44-acre footprint and carried an equally immense and important mission to help end a global war by producing uranium for the first nuclear weapon. Yet despite its size and urgent work, the public would not learn of its existence in Oak Ridge until the end of World War II.

Uranium enrichment operations ceased in 1985, and the site was permanently shut down in 1987. Afterward, DOE committed to and began a massive environmental cleanup effort to transform the site into a multi-use private sector industrial park for the community. That work is scheduled to be completed this year.

The K-25 History Center will be fully operational after the grand opening event, open seven days per week. Admission is free to visitors.

The U.S. Department of Energy’s Oak Ridge Office of Environmental Management signed a multi-project agreement in 2012 to commemorate the history of the former Oak Ridge Gaseous Diffusion Plant – once known as K-25 – which included the construction of the K-25 History Center. 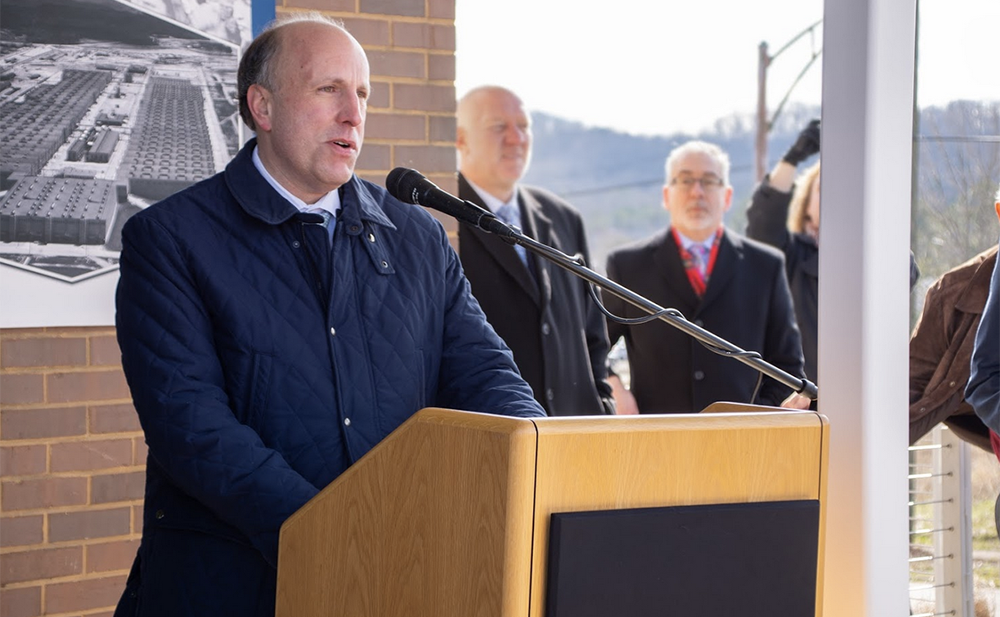 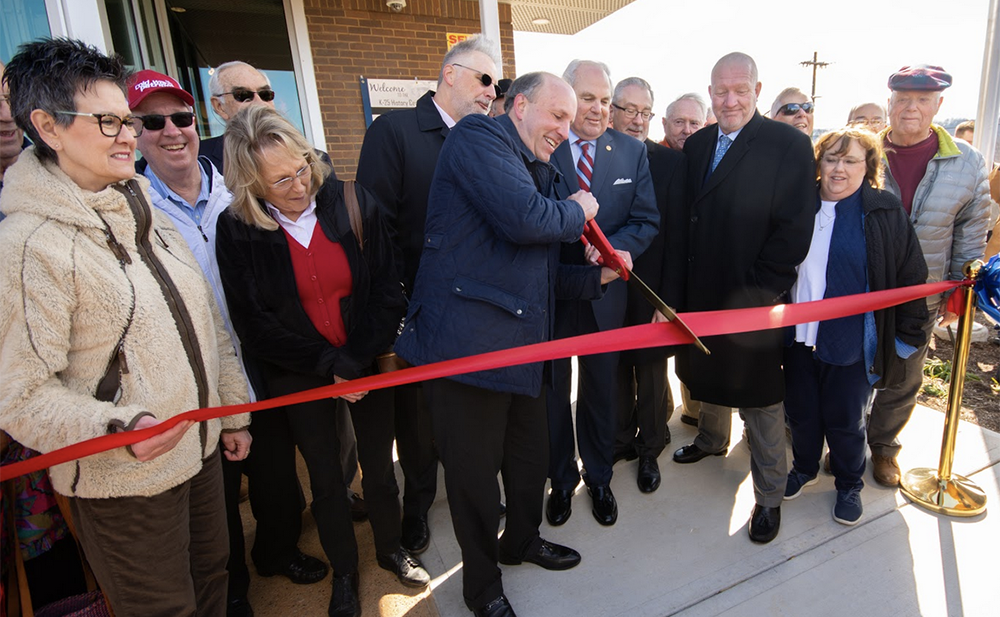 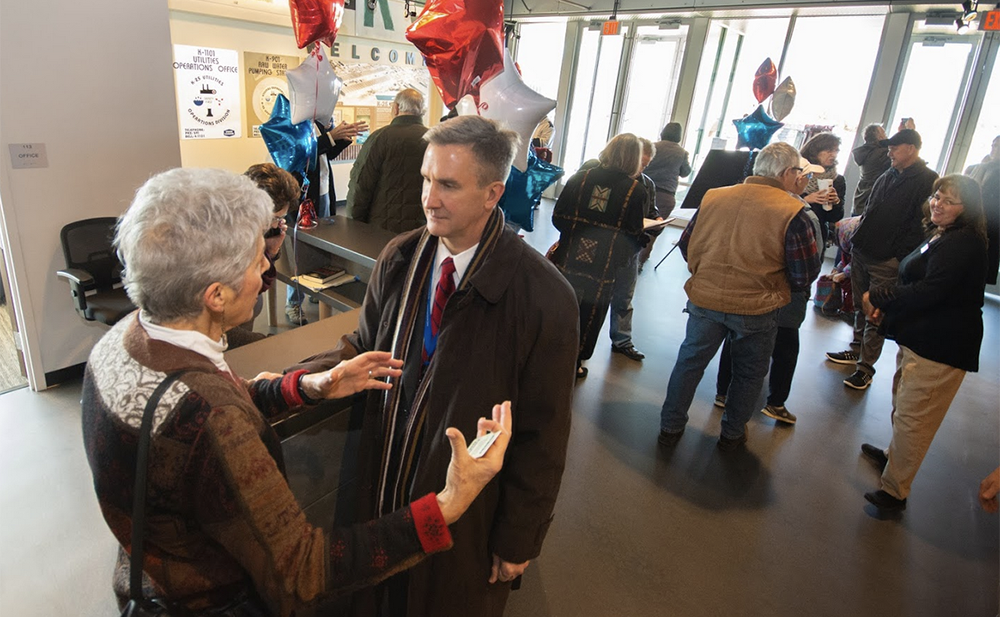 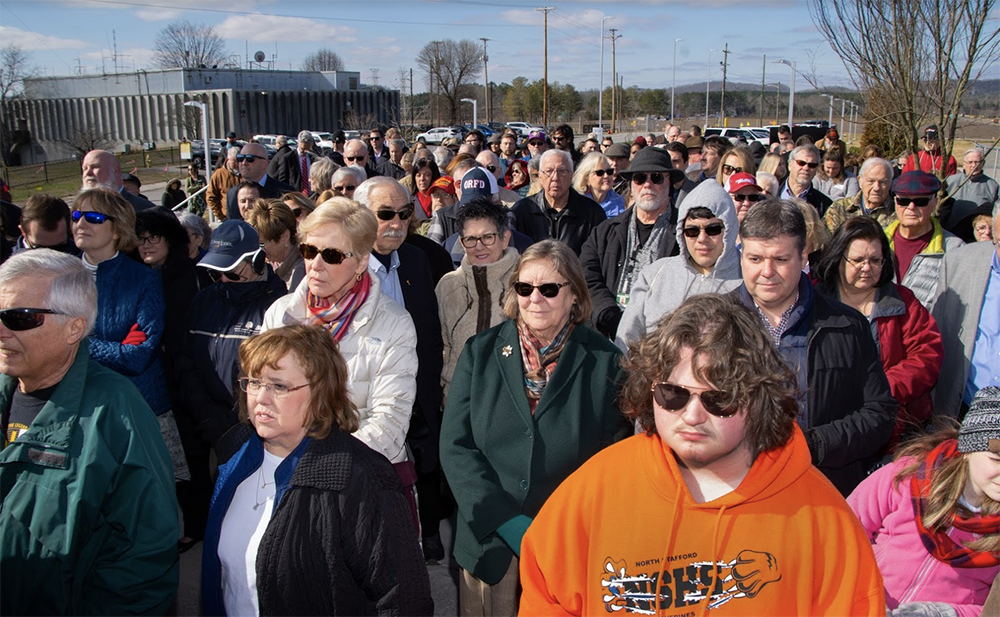